The Cotswolds has some of the most stunning scenic areas in the UK and many of these are little known or visited even in the summer. Take one of our Cotswolds private tours and we will show you the best places only the locals get to see. Whether you are looking to visit the “classic” Cotswolds sights or you want to get off the beaten track and find the undiscovered gems of the area, we can take you there.

The beauty of a private tour is the flexibility it gives you to see the sights which interest you the most.

Our Cotswolds private tours are fully personalised tailor-made tours to suit you. So whether you would like to see the local wildlife, explore an undiscovered village or visit an old manor house we can create a trip to match.

Below are some of our favourite places to visit, but these are just for inspiration as each trip is created uniquely for you and there are many more options available.

Great Tew – Over 1000 years old and a true hidden gem of the region. This beautiful village has a fascinating history and really gives you that feeling of escaping the modern world.

Chastleton House – Chastleton House is a fascinating Jacobean time Capsule: built (between 1607 and 1612) by a wealthy wool merchant, the house has hardly changed since then.  The same family owned the house right up until 1991 but with steadily diminishing wealth were never able to update or alter it.

Sarsden and Churchill – A stunning setting overlooking the site of the ‘lost’ village of Churchill which was destroyed by fire in 1684. This is now the home of many famous celebrities.

Stow-on-the-Wold – one of the prettiest towns in Gloucestershire steeped in history and built by the Normans, it combines honey-coloured buildings, cosy pubs, narrow streets, interesting shops and tiny tea rooms.

Lower Slaughter – The word Slaughter comes from the old English word for ‘miry place’.  However, don’t let the name deceive you as this village is considered to be one of the prettiest villages in the Northern Cotswolds and is set in the most amazing countryside. Lower Slaughter has also been voted as the most romantic village in the country. Cotswolds private tours can allow access into villages like this where vehicles with more than 8 passenger seats cannot enter.

Bourton-on-the-Water – Otherwise known as the ‘Venice of the Cotswolds’ is one of the most famous Cotswolds towns, and is regularly voted one of the prettiest villages in England.  There is plenty to see and do with a wealth of attractions, shops, restaurants and tea rooms.

Burford – Burford’s famous High Street sweeps downhill towards the River Windrush, with an unbroken line of ancient houses and shops, as well as a medieval bridge and an impressive church. Burford is known for its shopping – particularly antiques – and for the wide variety of restaurants, pubs and teashops.

Asthall – For a small village, Asthall has a rich history. From the former Roman settlement on Akeman Street, which linked Cirencester with St Albans, to the the village church dating back to the 12th century, possibly earlier, and an Elizabethan manor house which was home to the Mitford sisters.

Minster Lovell – This pretty village on the River Windrush boasts plenty of Cotswold stone and thatched roofs, as well as holding the title of being the region’s most haunted village. Minster Lovell is perhaps best known the ruins of its 15th century hall, owned by generations of the Lovell family.

Authentic Cotswold Farm – Eighty percent of the Cotswolds is made up of farm land. You’ll get to visit our good friend, Michele, and be treated to an up close and personal experience at her fantastic farm, Southdown Farm.

Help the local wildlife habitat – We work closely with a local charity called the Wychwood Project and during our tours we’ll show you some of the fantastic projects we’re working on with them. You’ll even have the chance to get involved if you’d like to. We can spend a few minutes helping to preserve the local habitat. Projects include rebuilding fallen Cotswolds dry stone walls or collecting seeds, which will be planted at a later date.

Or mix things up with one of the following additions:

Or if you still can’t decide:

Our Cotswolds private tours are available seven days a week, subject to availability.

For a cost of £395 a group of up to eight people get a day touring the Cotswolds starting from your hotel in Oxford or anywhere in the North Cotswolds. We would then drop you back to your hotel at the end of the day.

If you would rather be picked up up from London then £645 would be the group price. If you come from a local town or city please contact us. We are very flexible!

Any extra hours will be charged at £55 per hour.

If you decide to add Blenheim Palace, Warwick Castle or one of many other attractions requiring entrance tickets, then we can happily organise these but the ticket price will be added to the tour cost.

To book one of our Cotswolds private tours simply click below and we will be in touch very shortly to help tailor your tour.

We accept payment via Credit Card, Paypal or wire transfer.

Included in our Cotswolds private tours:

Not included in this tour:

How to get here?

Our Cotswolds private tours have flexible starting times, and we can collect you from anywhere in the Cotswolds, Stratford, Oxford, Bath or London. The tour is ideal for a day trip from any of these areas.

However, if you wish to make things easier and less stressful then we can pick you up and drop you off from anywhere in the region including London. Please note that pick-up and drop-off outside of the Northern Cotswolds and Oxford will incur an extra fee which are listed below.

If you have any questions about transfers from outside of one of these areas then please send us an email or give us a call.

How much do our Cotswolds private tours cost?

From Oxford or nearby areas £395 for a seven hour tour. Each hour is charged at £55ph. Please see the ‘How to get here?’ tab for more information if coming from a different location. The tour can be as long as you want. The shortest tour we normal run would be 6 hours. However, we do recommend 7 hours to be ideal.

Can we design our individual tour?

Yes between us we can decide where you would like to go.

What is the minimum/maximum people on the tour?

From one to eight passengers.

Can I be picked up from London/Bath/Stratford?

We can collect from any of these areas but there is an extra fee. Please see the ‘How to get here?’ tab for more info.

Where does my tour start from?

If coming from further away like London then the cheapest option is the train into Oxford. Otherwise we can happily collect you ourselves for an extra cost.

Can I add in notable attractions like Blenheim Palace or Warwick Castle? Or do a tour of a local city like Oxford or Bath?

Yes that is no problem at all. In fact many of these combine ideally with a tour of the Cotswolds. However, any extra entrance fees will be added to the cost of your tour.

What are the payment arrangements for Cotswolds private tours?

We require full payment at the time of booking. We accept all major credit cards, Paypal or wire transfer. 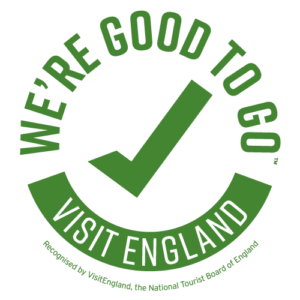